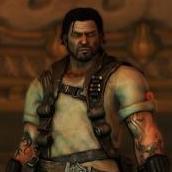 And please note that making projectiles always land (i.e. making them cruise missiles) can be considered terrible gameplay downsides as well. (_At least_ by me and other people I play with.)

I think it is not a problem if someone can micro to get good results. I think it would be an issue if there is no way to counteract. If you would have shot against the opposing infantry archers you wo