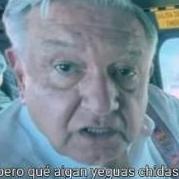 What do you think? they are not finished xD

Now I can replace chicken for Mesoamericans.

Terra Magna appears, because I play against the Zapotecs