What I as a beginner of 0 A.D. am missing most 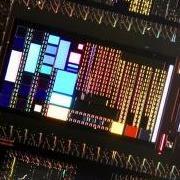 I actually have a patch that will set game speed on -autostart but I was also trying to figure out how to accomplish this w/ hotkeys, something like: <object hotkey="speed5"><action on="

The range overlay shows all active range queries (these queries are always run and warn the source when an entity came in or out the range). For units, this range query is their vision range, as

Yes, All my comments in this thread are based on the 'Rhododactylos' version of the game and my current game of its 'Necropolis' scenario. Which I like to finish, by the way. I suppose, most of my poi