[Formations] how do they work and how to use them? plus some good tutorials on how to micro your units in fight? 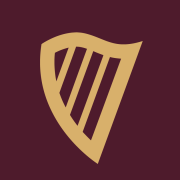 By Orphydian,
July 27 in Gameplay Discussion