By DerekO,
June 21 in Announcements / News

In special commemoration of the first broadcast game from the tournament, 0AD Newbie Rush have produced a special one-off collectible T-Shirt 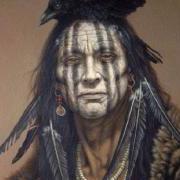 Hello, I have been connected these days and I haven't seen MarcAurel connected, so I do not know if we will play before tomorrow. @badosu is aware of my situation referring to work so I guess we

Some suggestions: Seeding: - Players need to register (or provide as nick) their 0ad names, so we are able to provide a better balance - The best x players (where x is the number of groups) wi