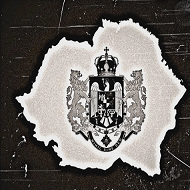 Hello, everyone after much time, me and Vasikle have decided to return to this mod, as of now we do not wish to make any major returns, however there will be a new forum page/topic for this mod soon,

About Oniversalis : Age of Exploration is a total conversion project for the game 0 A.D Empires Ascendant.This modification will bring the era of colonisation to the world, beginning with the lat

This is great. I am also working on some contents which are relevant to this project. Here's my current WIP Pre-colonial period of the Philippine archipelago (Before the Spanish conque